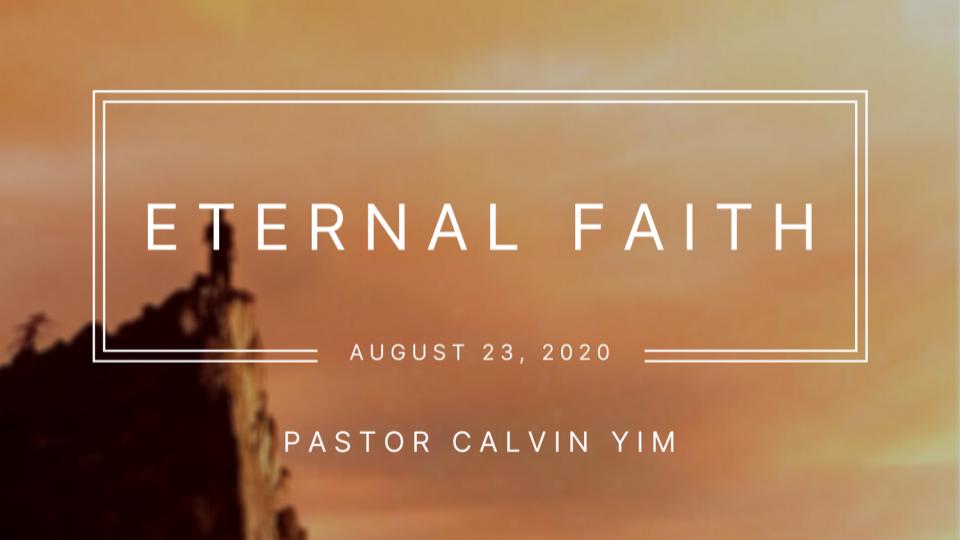 Faith that is willing to sacrifice one's life for God, e.g. Healthcare workers especially during this pandemic risking their lives by faith...

Abraham did not directly sacrifice his own life, but was ready to obediently sacrifice his only son Isaac, who was his bloodline, and as such indirectly like his own life. Abraham's faith allowed him to trust God's promise, and risk everything he hoped for. How was he able to do this? Abraham's faith is based more on the character of God the Promisekeeper than the promise itself.

1. Abraham believed in God's character. Abraham received God's promises (v.17) in his life, so had evidence of God's trustworthiness in the past.

2. Abraham believed in God's plan for the world, a plan bigger than himself. Totally believed the promise that through Isaac, Abraham would become a nation (v.18), and a blessing to the world.

‍3. Abraham believed that God had resurrection power, to raise Isaac from the dead (v.19), (eternal perspective). Main idea: Eternal faith frees one to sacrifice everything and anything, because of an eternal perspective that sees abundance in God.