A Matter of Control 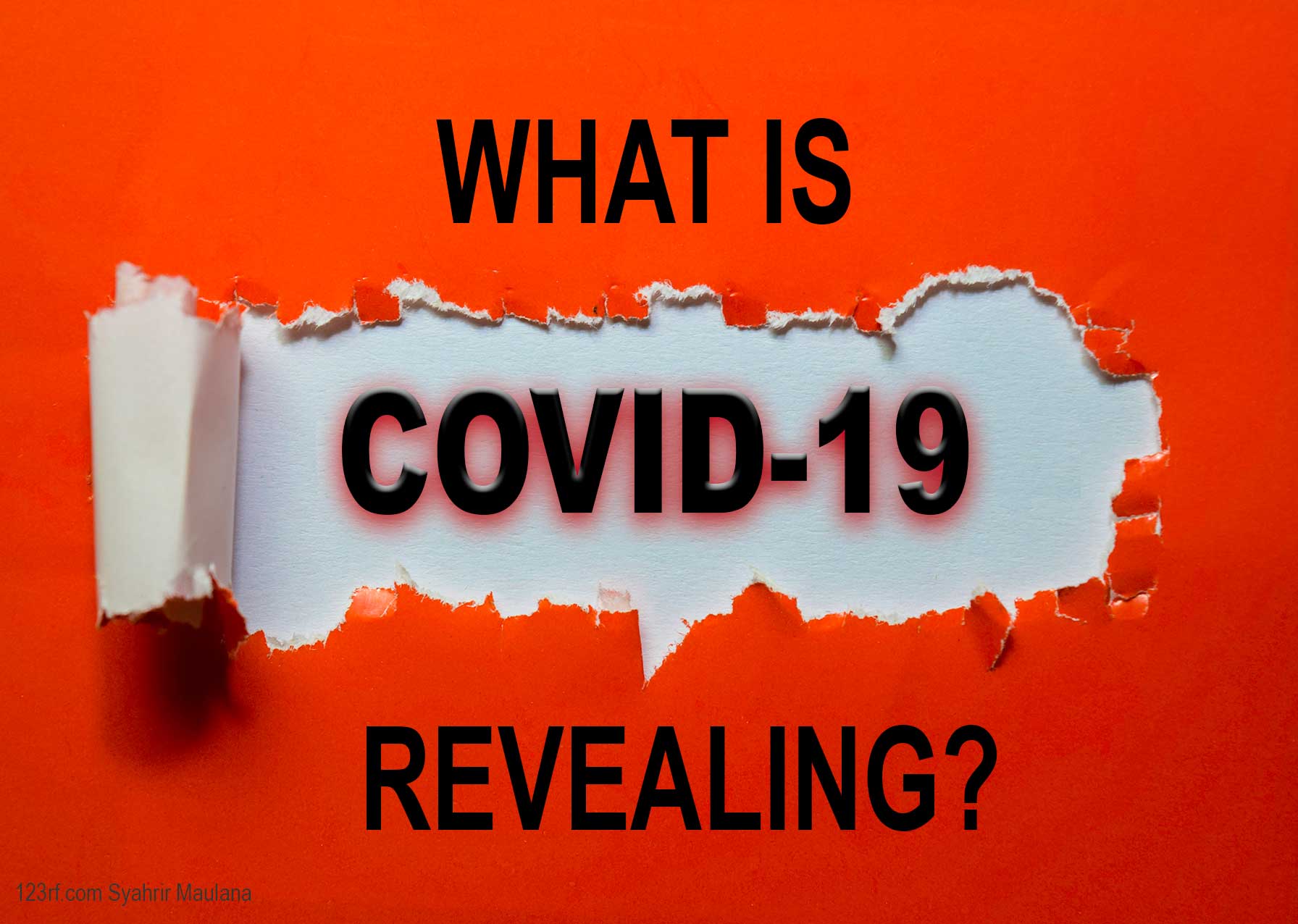 A Matter of Control

Today we want to talk about control. One of the biggest things that COVID 19 is revealing is how little we are in control.

we could still pass it on. COVID 19 is revealed how little control we really have. And as Americans, we are people who love to be in control

And that leads us to Revelation 5

Revelation is the last book of the Bible. Its about the future of the world. It is written to people who were in danger of false teaching, persecution, and compromise. Some of them were thrown into prison. One of them Antipas was killed for being a Christian.

So imagine how everyone was feeling. They were scared. They were feeling out of control…

“At any moment they could take us to jail…”

Revelation is highly symbolic apocalyptic literature. It deals with big big themes, but the idea is that if you understand the big big story of human history, then you know how your personal story fits in.

In Revelation 5, John along with all of humanity is on the edge of history leaning in… and wanting to know…Is history going somewhere? Where is this all going? and Who is in control?

Different religions have a different take on the unfolding of history. For example in Buddhism history is seen as an endless cycle of life and death and reincarnation. You born, you die, you are reincarnated, you die again…

The atheist has a different perspective. Shakespeare said it like this,“life is a tale told by an idiot, full of sound and fury, signifying nothing.”

In other words, history is not going anywhere in particular. People are born, people suffer, people die, and that’s it. I’m sorry, there is no rhyme there is no reason everyone is a bunch of accidental molecules. I’m sorry.

Is that true? Is life a story told by an idiot? Or is it or the replay cycle of reincarnation?

Or is history a story with a beginning middle and end that is all going somewhere?

And the first verse in chapter five is basically saying Yes, absolutely; history is a story. It has a purpose, it has meaning, it is going somewhere…

God is pictured on his throne and in his right hand is a scroll written front and back and sealed with seven seals. And on this scroll is written down everything that is going to happen in the history of the world. In other words every day has carefully and intentionally been planned out. Now this is what it means for us… it means COVID-19 and everything else that happens in God’s world has already written down on God’s scroll.

But now the drama in heaven takes a decisive turn.

Who is worthy to bring history to its final consummation? Like God the father through this Angel is saying- there needs to be a director! The script is all written down but there needs to be a director. Who is worthy of bringing the script to life. Steven Spielberg? JJ Abrams? And no one in heaven or on earth or under the earth was able to open the scroll or to look into it. And John begins to weep.

All right I want you to feel the drama of this. This resonates with our stories of legend. This is like the sword in the stone Excalibur, right? and who is a worthy enough to pull it out and then king Arthur pulls it out.

But this theme of Who is worthy is also a personal one too.

Or let’s let’s bring it down to an example that you can relate to. A lot of dads have a little girl. And that little girl has you wrapped around her little finger. She is the light of your life. And then one day when she’s all grown up, one day she brings home something called a man. And then the cry goes out-who is worthy to open the scroll and to date my daughter? Now This is how one father put it to me, he said - I was walking my daughter down the aisle and when it came time to hand her over something inside me couldn’t do it and I got angry and I looked at that man and I thought who is this donkey and why would I hand over my beautiful daughter to him? I was like, wow I can’t believe you said that!

And so I said, Dad I don’t like that story. Please don’t share that with other people.

And so the call goes out before the entire universe…

Verse three: and no one in heaven or on earth or under the earth was able to open the scroll

No one in heaven or on earth or under the earth

And so you read into this a very dramatic pause

All of humankind is waiting with bated breath

You can hear a pin drop

That is, except one…

Don’t worry the lion of Judah is here

Now think about this for a second…

How approachable is a lion?

How would you feel if I told you that in a few moments a lion would appear in your room. Would you go? Oh good, I would love to pet it! No! You would be terrified!

A lion is admirable for its ferocious strength, a lion to the ancient person is not an animal at the zoo in a cage, it is a ruthless, almost unstoppable killer, it would take from your flock at will. It frequently worked from ambush, and when it roars it can be heard from miles away, and people would hear the roar and tremble in fear. A lion is ferocious, with awesome power…

So the elder said,

Weep no more, behold the lion of the tribe of Judah…he can open the scroll.

So you are expecting

you are expecting a lion

he is not a lion

He is a lamb

a lamb that is standing

looking as if it had been slaughtered

This is not the unstoppable killer we were expecting!

Now if a lion is known for being ferocious

A lamb is know for being the opposite

A lamb is a baby sheep

and then John goes right back to the other image

And says this lamb has seven horns

Seven is the number of completion

A horn is a symbol of power.

OK What does this mean?

One thing it means is that Jesus has incredible range.

Let me tell you what this means.

It means to the tired, to the hurting, those who feel like they don’t belong, to the stressed out and anxious, He is a slaughtered lamb who can relate to you in every way.

He is acquainted with grief

He wept with those who wept

I have a friend who wrote a group email to his boss and his boss insulted him in front of everyone!

And my friend was so angry. And the only thing that calmed him down is he would think of Jesus being insulted on the cross. And the more he reflected on that the more it gave him calm and poise.

But you know something Jesus Christ has infinite range, he is also a ferocious lion.

You want a champion

one you can respect in strength!

Go and make disciples of all nations

…and Jesus is that too!

He is a conjunction of diverse excellencies

And so the Lion Lamb with seven horns and seven eyes walks up to God the Father who is seated on the throne and takes the scroll and the moment he does we see one of the greatest scenes of worship ever recorded in the Bible.

It starts with the four living creatures

and then the 24 elders

and then many angels

and then myriads of myriads

and then every creature in heaven and on earth

and under the sea and in the sea, and all that is in them

the entire universe is worshipping

who alone is worthy

of bringing history to its final completion…

Alright, what does this all mean?

all of us to some degree are feeling the same thing

we are feeling out of control

We had plans to support raise in May - that got canceled

We have no control over our schedule

We all feel the same way

Some of us have lost our jobs

Some of us have coworkers who have lost their jobs

and we are wondering about our job security

We are taking every precaution

Even sanitizing our groceries

But we still lack complete control…

one of the things COVID 19 is revealing is that you and I are not in control.

And for people who realize how little control we really have

The message of Revelation is very encouraging.

It says - we don’t know what the future holds, but we know the One who holds the future.

It says - we may have no control over the future, but the One who is worthy is in full control.

The One who loves us is in full control.

If there is one person you can trust to make everything including COVID 19 work for good- it is Him.

You can trust Him

You can’t control Him

But you can trust Him

He is a lion lamb

He conquered by sacrificing himself out of love…

And so what does this mean?

History is not an endless cycle that repeats over and over again.

History is not a tale told by an idiot

At the very last two chapters in the book of Revelation we read about the very end.

The final destination of history

And this is how it ends…

Then I saw a new heaven and a new earth, for the first heaven and the first earth had passed away, and the sea was no more. 2 And I saw the holy city, new Jerusalem, coming down out of heaven from God, prepared as a bride adorned for her husband. 3 And I heard a loud voice from the throne saying, “Behold, the dwelling place[a] of God is with man. He will dwell with them, and they will be his people,[b] and God himself will be with them as their God.[c] 4 He will wipe away every tear from their eyes, and death shall be no more, neither shall there be mourning, nor crying, nor pain anymore, for the former things have passed away.”

5 And he who was seated on the throne said, “Behold, I am making all things new.”

you can have peace…

because no matter how bad the battle gets

you KNOW you are going to win the war!

He will wipe away every tear

and death shall be no more.

Behold I am making all things new…

I don’t know what the future holds

But I know the One who hold the future

You can lift up both hands in

You can surrender control over your life to him…